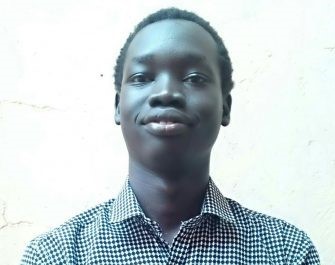 Mr Ayiik Garang is the iHOPE’s Director of Projects as well as its Secretary. Right from the time he was born in Pagoth over 20 years ago, Ayiik has always believed in Charity and giving back to the society.

Having spent his early childhood in the then Sudan, he did not get sufficient time to properly start off his primary school. However, he learnt to struggle with the little school there was to get his educational base adequate. Later on, he finished his primary school studies in 2011 and joined secondary school thereafter in Kenya.

In 2015, he finished his secondary school and joined the University of Nairobi where he is now studying a six-year course leading to the award of a degree in Medicine and Surgery.

As aforementioned, Ayiik is a firm believer in helping those who are unable to help themselves. This is why he is one of the directors of iHOPE. He believes that one day, iHOPE will be big enough to actually provide assistance to the countless widows and orphans, not only in South Sudan but all over the world as well.